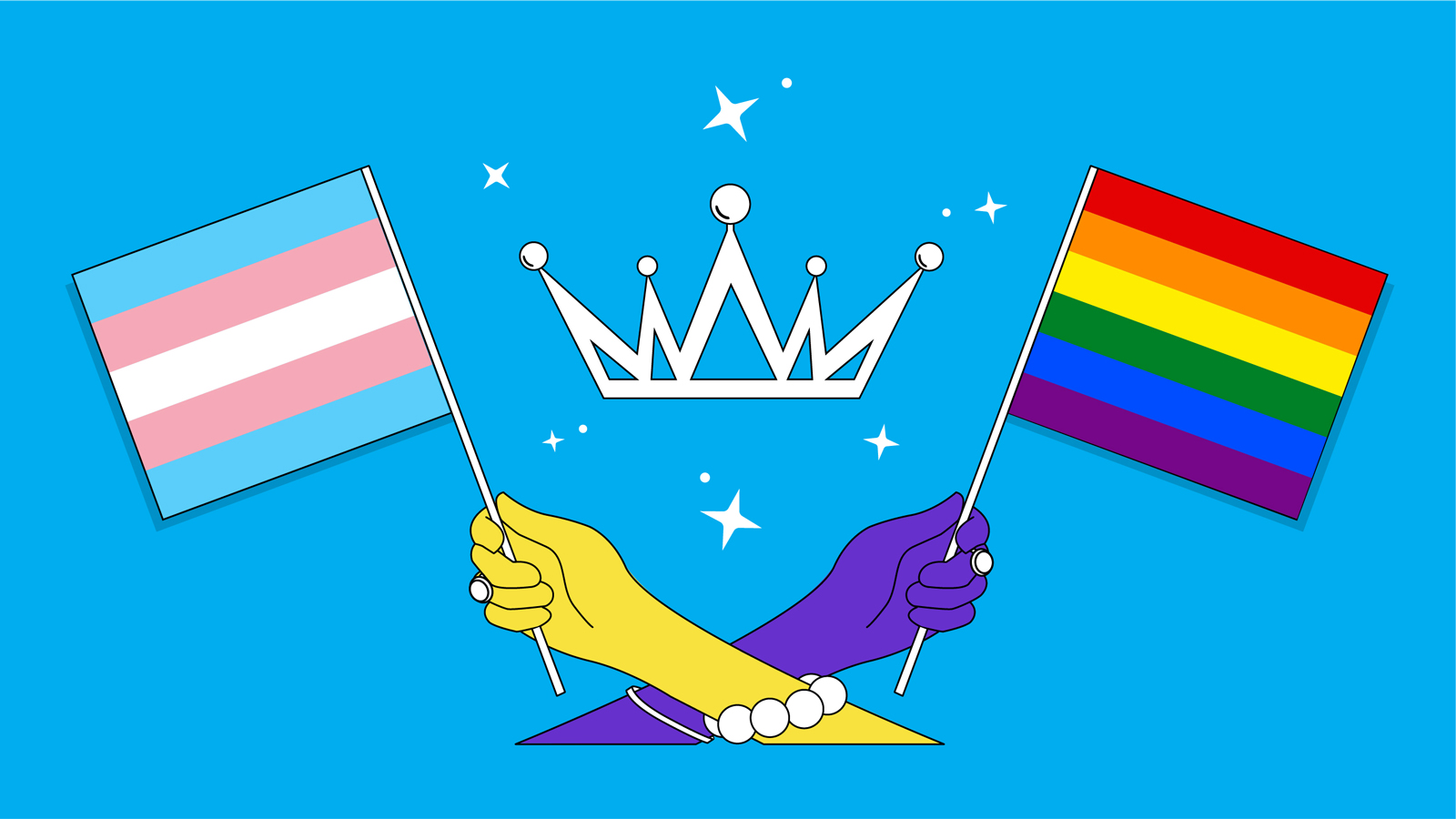 The forgotten, trans-focussed past of modern drag culture

Over the past decade, thanks to RuPaul’s Drag Race, drag culture has been catapulted from a taboo, LGBTQ+ sub-culture, to a mainstream TV titan. Seven seasons of the Drag Race franchise were broadcast in 2021 alone.

Though many see this as a triumph for LGBTQ+ representation (which it is in a multitude of ways), the recent introduction of the first straight-cis male contestant on the US series has caused some fans to become a bit sceptical.

However, the inclusion of a straight-cis male has seemingly come from the show wanting to be more progressive and representative of all drag styles. An action partly spurred on after the show received pressure from its predominantly woke Millennial and Gen-Z audiences, who asked Drag Race to include more than cisgender gay men (a group that dominated casts of previous seasons).

Some previous contestants have transitioned after their appearances on Drag Race (Peppermint, Gia Gun, Carmen Carrera, to name just a few), highlighting the narrative that Drag Race often forgets: how intricately linked trans and drag issues have been in recent history, but also how important it is to be able to distinguish the two from one another.

A brief History* of Drag

*Please note, the history I’m about to provided cannot be fully comprehensive and contextual. As a white, gay, cis-gendered male who participates in drag, I can provide historical facts, and analysis based on my personal experiences.

During the rise of Shakespearian and theatre culture in the 1500s and 1600s, we see the start of what may now be commonly refer to now as “drag”. With many female roles in theatre, and only men allowed as actors, men would frequently impersonate women on stage. It is here that the phrase “drag” is believed to have originated, with actors talking about how their female clothing would drag across the stage.

It's important to note that this was not seen through the queer lens that we view drag through today, but was simply accepted as the norm of theatre. There also wasn’t a queer-specific societal perception that we have today (e.g. non-straight relationships, cross-dressing, etc.) so it’s difficult for a modern audience to understand this view.

During the following centuries, drag was used predominantly as a “man in a dress” humour gag. With religion being a huge motivator of law, cross-dressing laws were established in America in the mid 1800s to stop women from enlisting in the military and to also discourage anything that compromised God-given gender roles.

Moving into the 20th century, the rise of vaudevillian cabaret became the next notable transition for drag culture. Female impersonation combined with music, comedy and dance came to be incredibly popular in Western culture in the early 1900s, leading to the world’s first popular drag queen as we may know by modern standards, Julian Eltinge.

From the 1930s, LGBTQ+ culture started to become more closely linked with drag culture, and drifted away from the mainstream. During this time, underground gay club culture began to emerge, and it is here in which the lines of drag, cross-dressing and transexual identification begin to blur. As detailed in Joanne Meyerowitz’s How Sex Changed: A History of Transsexuality, the 1950s “female impersonator” community served as a haven for prospective trans women to explore their gender. This was also the beginning of drag balls becoming more prominent (“drag balls” being lively events people mainly now associate with the documentary Paris is Burning and the late 1980s).

Throughout the 60s and 70s, female impersonation became a staple of the underground queer culture. During this time we also see the start of hormone replacement and medical surgery to replicate a more feminine appearance, with many female impersonators embracing these procedures. Again, this blurs similar lines of what we might distinguish between drag and transexual identification, not helped by the ongoing societal oppression of all queer culture.

We also see blended culture in terms of literature for drag, cross-dressing and transexual identification, with magazines such as Drag and Transgender Tapestry giving information on all three areas. Politically, the three were seen as a united community with a set of common goals, and weren’t as distinctly divided as they are today.

During the early 1990s, we see the rise of major drag icons that we recognise as household names - acts such as RuPaul, Lily Savage and Dame Edna Everage. These acts were often seen as offering high shock value, but could also be seen on high-profile mainstream channels such as Blankety Blank, with RuPaul having a worldwide hit with “Supermodel”, getting his own VH1 TV show in the 1990s, and Drag Race being aired from 2009.

It is here were we start to see a distinct divide between drag and trans culture, with drag expanding from female impersonation to the modern queer art form that we know it as now – for all genders and all performers. RuPaul has been consistently problematic with his view of trans culture over the years – with songs featuring slurs such as “T***y Chaser” and “Ladyboy” – to stating that he “probably” wouldn’t have a trans performer on Drag Race if they had already started gender-affirming surgery.

This is why it is so significant to have transgender queens such as Kerri Colby, Gottmik and Peppermint on the huge platform that is Drag Race. Although still predominantly cisgender gay men, Drag Race is starting to portray a more accurate image of real drag culture, where the LGBTQ+ spectrum is much more intrinsically linked, rather than the one-sided narrative that has been projected since the 1990s.

This is why it is hugely important for non-queer audiences to be open-minded to these kinds of shows. Where many people will lump drag, trans and cross-dressing into one basket and label them so, programmes like Drag Race have the power to spread a message of acceptance, open people to education, and improve the lives of real queer people, which is the ultimate goal.

For more information, please see the sources below: