Engaging a whole city with the sacrifices of the past

November 11th, 2018 marked one hundred years since the end of World War 1 – a conflict that saw death on an almost unimaginable scale.

For the Armistice centenary, Westminster Council wanted to restore meaning to the statistics, and create an emotional bridge between present generations and those who sacrificed so much.

For one hour, we took over the famous screens at Piccadilly Circus, filling them with the sight and sound of relentless marching boots – each representing a soldier who died in the war. We punctuated this with 11 stories of those who served, many of whom were from Westminster itself. 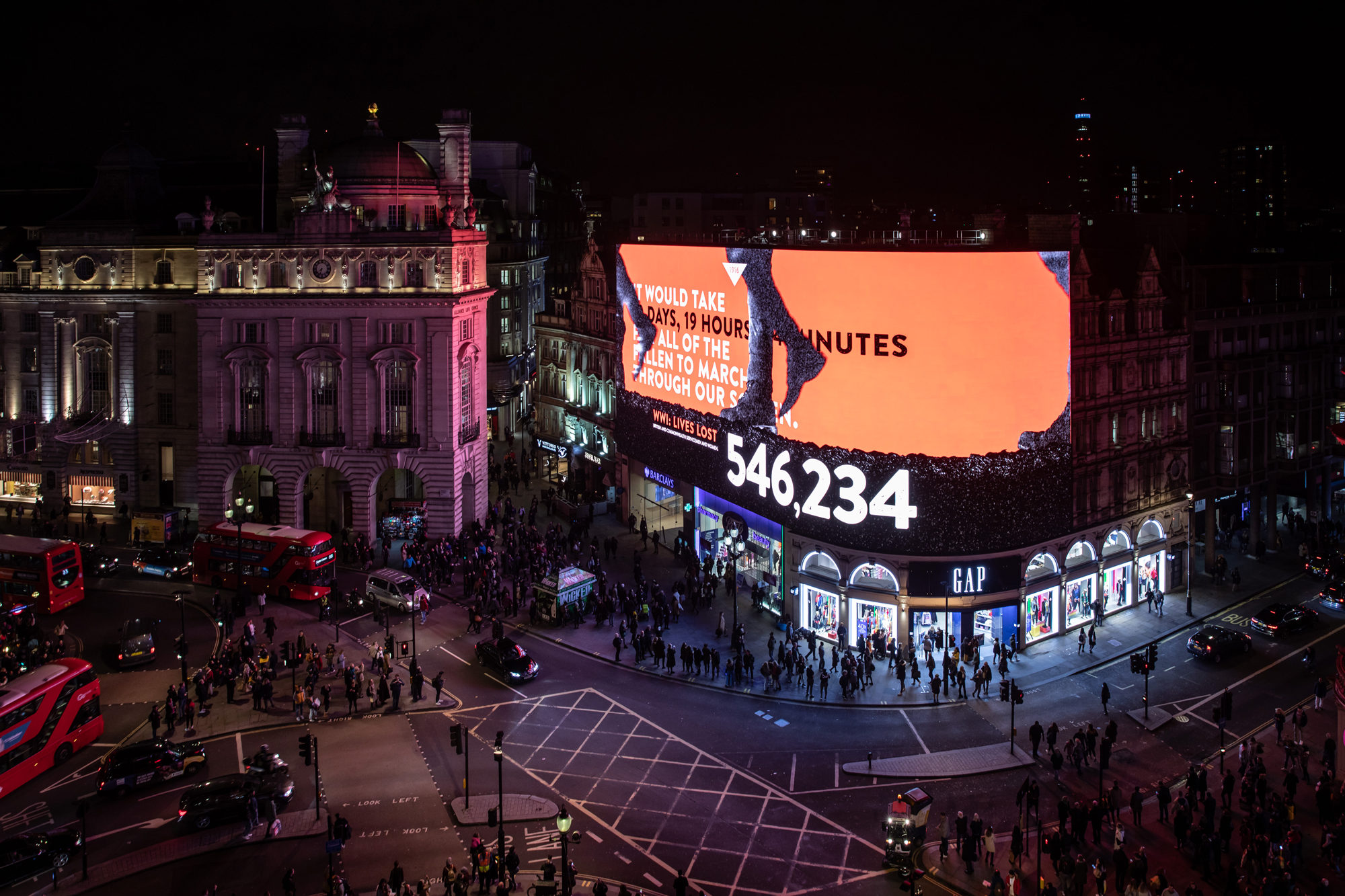