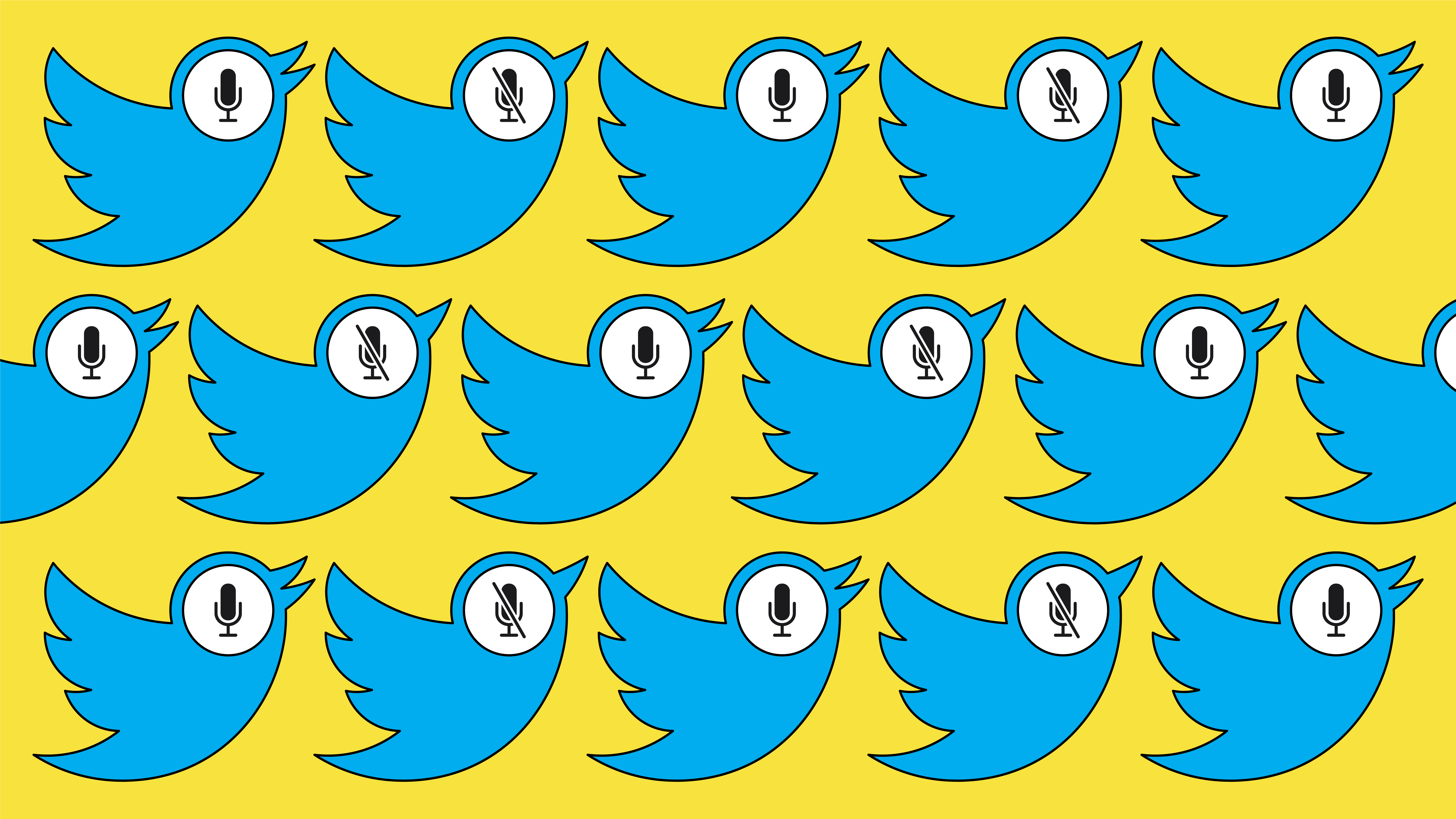 From Troll to Moderator

Despite publicly claiming that his bid is on hold, Elon Musk is probably still buying Twitter.

A self-proclaimed “free speech absolutist”, he’s pledged to limit the platform’s content moderation policies, open source Twitter’s algorithm and take action to remove bots. But the circus surrounding the takeover suggests that some of the proposed changes are likely to threaten many Twitter users’ rights to speak their mind.

Let’s be honest, controversial billionaires owning news sources and social media platforms is hardly a new concern. What is troubling is that Twitter – in contrast with its big competitors – has taken positive steps to reduce hate speech and disinformation on the platform. With Musk taking over, that looks set to change.

Whether people are enthusiastic or fearful over the takeover generally depends on where they see Musk on the Tony Stark to Mr Burns billionaire continuum. To many, he’s a genius maverick who will save the world with his technology, one quip at a time. To others, he has all the trappings of a classic Bond villain: eccentric, implausibly wealthy and with a twisted plan to gain control. When somebody invites such cartoonish interpretations, it’s important to not lose sight of the real-world consequences.

What will they be? Well, a lot is up in the air, and there are many different considerations. Debates over freedom of speech have taken centre stage – but some of the proposed solutions could have unintended, and often contradictory, consequences. Running a massive platform like Twitter is complicated, far more complicated than Musk is letting on, and that means some of the proposed changes may not happen, at least exactly as suggested. The uncertainty of these changes means increased potential risks for brands, and with the suggestion from Musk that businesses may have to pay to use Twitter, there are questions over the viability of using the platform for businesses.

Freedom of Speech: the latest version of an old debate

Let’s focus first on freedom of speech. According to Musk, his primary reason for taking over Twitter is due to his opposition to its controversial content moderation policy, which has been part of an effort to reduce abuse and extremist activity. Most famously, it suspended, then permanently banned, the account of then-President Donald Trump.

This had led to an assumption among many that Twitter has a left-leaning bias. Musk tweeted “For Twitter to deserve public trust it must be politically neutral, which effectively means upsetting the far right and the far left equally”. Then, only hours later, he tweeted a meme suggesting that radicalisation on the left and stasis on the right had warped political discourse. Even if this were true (for what it’s worth, empirical data suggests it isn’t), it’s not exactly the best way to present a commitment to neutrality.

Musk also says the platform should only ban content that is unlawful in a country, and that Twitter needs to be “very cautious” with permanent bans. He instead prefers “timeouts”, a solution more reminiscent of Supernanny than Iron Man. When confronted with the view that it’s impossible for any mediator to draw a widely accepted line between free speech and hate speech, he eventually suggested that if it’s in a grey area, Twitter should “err on the side of free speech.”

So, it wasn’t extactly a surprise when Musk said he would reverse Trump’s Twitter ban, and we should expect a generally more permissive attitude towards posting hate speech and misinformation in future. As it stands, Trump has said he won’t return to Twitter even if Musk allows it, because he’s going to stay on TRUTH Social, the rival platform he set up in response to his ban. But with the 2024 Presidental Election getting ever closer, a U-turn wouldn’t be a shock.

Regardless, the new content moderation policy will almost certainly see an increased level of toxicity on the platform, and Twitter is plenty toxic enough already. By allowing people more leniency to post hatefully or dishonestly, there is a clear risk of increased abuse and radicalisation. Sadly, this most threatens people from already disadvantaged groups – women, people of colour and the LGBTQ+ community are all disproportionately likely to experience severe abuse online.

Whether this toxicity spirals to the extent that Twitter becomes uninhabitable for brands is tough to say. In reality, there is already plenty of hate speech on plenty of platforms, so whilst this springs up new fears, it’s hard to escape that a lot of the concerns seem familiar. Expect to see a few boycotts and a re-emergence of some controversial figures, but a full scale exodus still seems improbable.

One element of the takeover that’s wrapped into the debate about political neutrality, but could have more wide-reaching impacts, is the discussion over making the algorithms that dictate content on Twitter public. This seems to be primarily driven by questions over so-called “shadow banning” – the idea that Twitter demotes ‘edgy’ or politically conservative content. Interestingly, Twitter’s research suggests that the converse is true, and that right-wing sources tend to receive more algorithmic amplification than those from the left.

Twitter has categorically denied that it shadow bans based on political views, but Musk has taken aim at the opaque “black box algorithms” and says he believes Twitter should open source its algorithm by putting it on the GitHub (a software-hosting platform) so people can see why and how tweets are promoted and hidden, either algorithmically or manually.

If, as suggested, Twitter’s algorithms were to become publicly available, it could have a potentially transformative effect on how brands use social. Whether it’s through organic or paid, social media strategists are continually making educated guesses to figure out social media algorithms to game the system for their clients.

If Twitter’s algorithms were to suddenly be posted on GitHub, it could empower brands with the knowledge about what does and doesn't work, and is likely to improve their organic exposure. Trust us: any time any platform offers up an insight into how their algorithms work, social media strategists love it because it enables us to gain even a morsel of understanding without having to rely on trial and error.

If this all sounds a bit too good to be true, that’s because it almost certainly is. Despite what Musk has implied in the past there is there is no ‘master algorithm’ for Twitter. According to people who work at the company, “decisions are the result of many different algorithms that perform a complex dance atop mountains of data and a multitude of human actions. Results are also tailored to each user based on their personal information and behaviour”.

Because these are constantly changing in real time, and driven by both machine-learning and the ways in which individual users react to the platform, it’s probably not possible for them to be simply understood, even by the people who built them – they’re simply too complex and too dynamic. Nevertheless, the lack of transparency from big tech has been a significant issue for years. Don’t get your hopes up about this change being a panacea, but that doesn’t mean it won’t be a welcome shift.

One of Musk’s other key priorities is removing bots from Twitter, saying his team “will defeat the spam bots or die trying”, adding that he also wants to authenticate all real humans. Removing bots is the one thing pretty much everyone can get behind – it would make the platform less annoying, reduce the risk of scams and improve the reliability of metrics – but if it was easy to do without significant costs it would have been done already.

Twitter already has taken a lot of steps to weed bots out, such as employing software that detects automation during the sign-up process, though many pass through undetected. It’s even harder to stop manual fakes, where real people set up accounts under false identities. Musk’s intention to authenticate all human users seems like an effective solution, but one with its own issues, not least for freedom of speech.

The main issue is that to verify themselves on Twitter, users will inevitably have to share more data, whether that’s photo ID, credit card information or through a third party. Significantly, there doesn’t seem to be a solution to this that doesn’t risk limiting either access or privacy. Say, for example, you live in Russia, or any country where citizens are persecuted for expressing views not deemed acceptable by the government, to link your account to your personal identity will almost certainly reduce your ability to post content freely.

Musk feels so strongly about this, he tweeted “Twitter deal temporarily on hold pending details supporting calculations that spam/fake accounts do indeed represent less than 5% of users”, prompting many reports that the deal could be off. Many experts are unconvinced. According to Bloomberg’s Adam Levine, this is (to put it kindly) probably not true. He says “temporarily on hold” is simply not a thing, that Musk has signed a binding contract requiring him to buy Twitter, and it’s extremely unlikely that a miscalculation of bots would allow him to walk away. Levine instead argues that the most likely reasons for his tweet would be either: A. Trolling (Musk tweeted “Still committed to acquisition” two hours later; or B. what he calls “lite securities fraud”, essentially manipulating stock prices by making public comments. No, this is not allowed, but yes, it’s entirely in line with Musk’s previous actions. Twitter’s CEO sent out a 13-thread tweet outlining their approach on bots, to which Musk replied with a singular, erm, ‘scatological’ emoji.

Ultimately, this is what causes trepidation about the change at Twitter. Like all of the big social media platforms, Twitter is deeply imperfect, but at least the company has attempted to limit the worst excesses of hate speech and fake news. Whilst Facebook has made changes to its functionality which ease the spreading of fake news (its most profitable content), Twitter has introduced small tweaks to bring in friction, such as nudging users to read articles before they share them. This may seem relatively trvial, but minor changes like this have been proven to have equivalent impacts to whole departments of human moderators, and have therefore offered hope to those who want to limit social media’s worst excesses, without limiting free speech. Given what Elon Musk has said, and the history of how he behaves, it is hard to imagine these being primary concerns. Instead, we’re going to see what happens when Twitter's foremost troll takes the reigns.