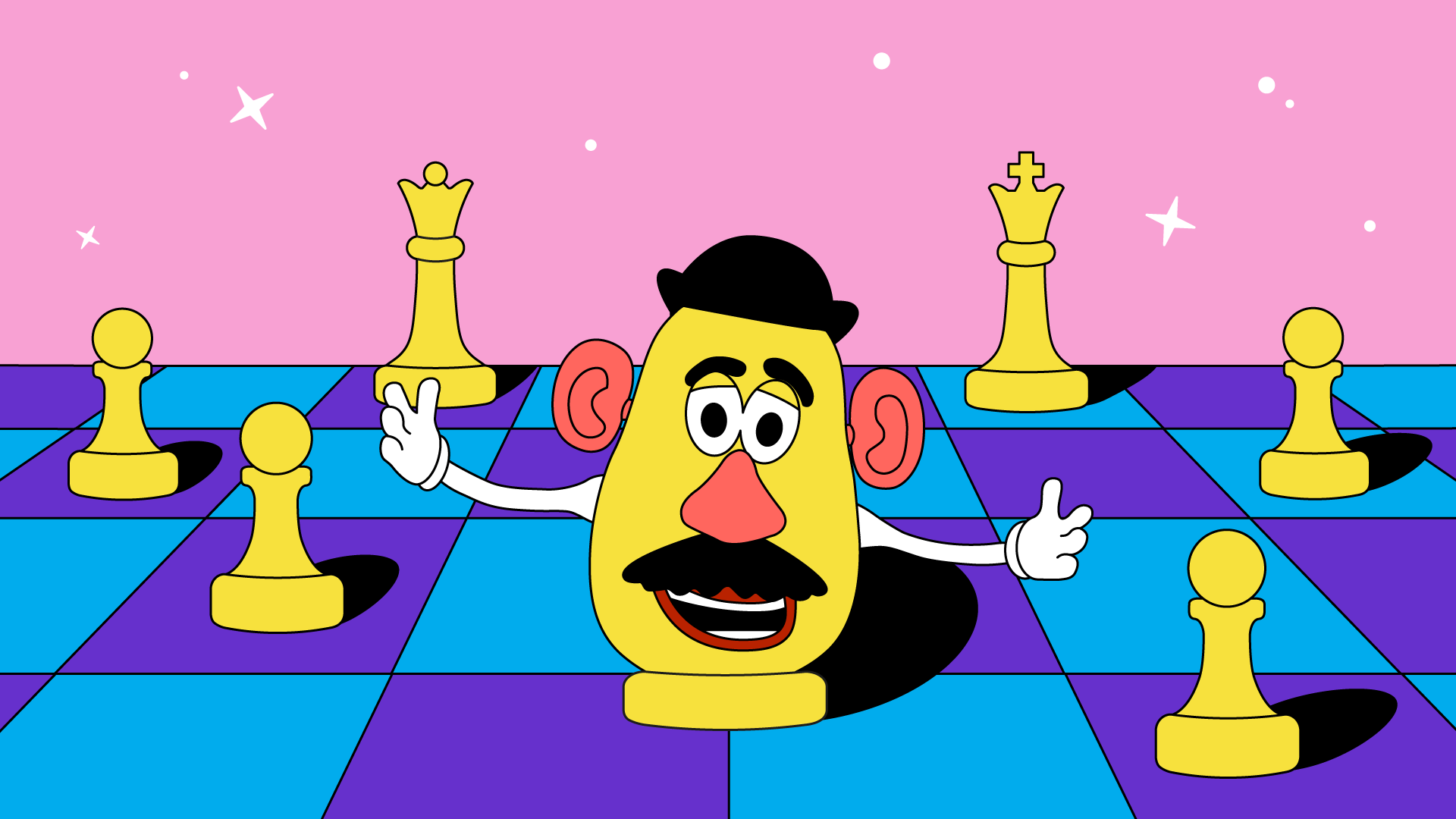 Last Friday saw the latest battle in the continuous culture wars of our times. The most recent skirmish occurred online after Hasbro announced that it was dropping the ‘Mr’ from the Mr Potato Head brand name and logo “to promote gender equality and inclusion”. This set off a chain reaction of internet fury, the absurdity of which was a perfect example of how difficult it is for brands to remain above the fray in a world of polarisation, even when making a seemingly innocuous change.

Anybody who has attended an unconscious bias training session will be able to understand Hasbro’s thinking. In short, the media that children are exposed to affects the way they see the world. Typically, women and girls are underrepresented on children’s TV and toys. Clearly, somebody at Hasbro noticed that their Mrs Potato Head toy is sold under a Mr Potato Head brand and logo. This might not be egregious enough to have people on the streets protesting, but this symbolic subordination of a wife to her husband is at the very least old-fashioned (notwithstanding the fact that they happen to be plastic root vegetables).

Here's the thing: whilst this particular debate seems absurd, the reasoning behind the decision is important. A casual reliance on stereotypes leads to implicit biases that affect all areas of life. Our brains create associations and form neural pathways that become stronger every time these associations are recognised and unconsciously affirmed. That’s why brands are looking to make changes like this; they are an influential part of our culture and they have a responsibility to lead on equality, diversity and inclusion, particularly if they are influencing children. The Hasbro team clearly decided that the brand was due a refresh, as they tweaked the brand name and changed the logo to put their two toys on equal pegging.

The starter pistol is fired for social media frenzy of the day, and commentators sprint out of the blocks to share their hot takes. At the very mention of the phrase “gender neutral”, people respond to an imagined slight of no longer being able to say ‘Mr Potato Head’, then expressed their outrage at Hasbro’s ‘woke virtue signalling’. Shockingly, but not surprisingly, journalists who have built careers on the premise that people are too easily offended found it seriously upsetting that two letters were removed from the brand logo of the 9th most beloved character in Toy Story.

Amidst the furore, Hasbro were forced to release a statement saying that the characters weren’t going anywhere. Admirably, given the circumstances, this contained as many as three potato-based puns.

Outstanding. I think it was Rudyard Kipling who wrote “If you can keep using potato-based puns when there are thousands of people losing their shit and you’re trending on Twitter then, yeah, you’re a decent social media manager”. I’m paraphrasing, but I believe that’s the gist.

What are the lessons to be learned from this circus, though? What does this mean for brands who are trying to navigate the choppy waters of outrage in 2021?

The main thing is to not be surprised if you provoke anger from at least some groups. The febrile atmosphere of being pissed off on Twitter is an industry in itself, and if it needs to manufacture outrage to keep itself going, then it’s more than happy to do so.

From this point, it’s essentially up for companies to decide where they stand. If neutrality is your priority, then act cautiously. Run any big changes via a focus group. If it passes the test of not pissing off either your socially conscious teenage cousin or your uncle who’s just received a Jeremy Clarkson book for Christmas then you’re probably okay, but being more scientific than that will pay dividends.

The real opportunities, though, are for companies that are prepared to take a bit of stick, if it means they can ride the wave of publicity for their own benefit (and maybe even do the right thing in the process). These debates are no longer new, and they’re increasingly predictable. It doesn’t take a genius to work out how certain people will react, so you don’t need to be a chess grandmaster to plan your next move. After Greggs’ somehow controversial vegan sausage roll launch in 2019, their pitch-perfect response to Piers Morgan’s fury won them the love of many and helped to kickstarted a transformative year where they became the most popular dining brand in the country, with sales increasing over 12% in a year.

Clearly, courting controversy isn’t for everyone. For many brands, becoming the centre of an online debate is a nightmare scenario. What is becoming increasingly apparent though, is that sometimes controversy is unavoidable. In this case, Hasbro were stuck in between a progressive rock and a conservative hard place. Their actions were criticised, but inaction eventually would have been too. When faced with such circumstances, brands need a well-considered strategy to proactively manage the risks and the confidence to stick the landing. Sometimes, just sometimes, potato puns are enough.